New Trailer for ‘The Magnificent Seven’ Ramps Up the Body Count 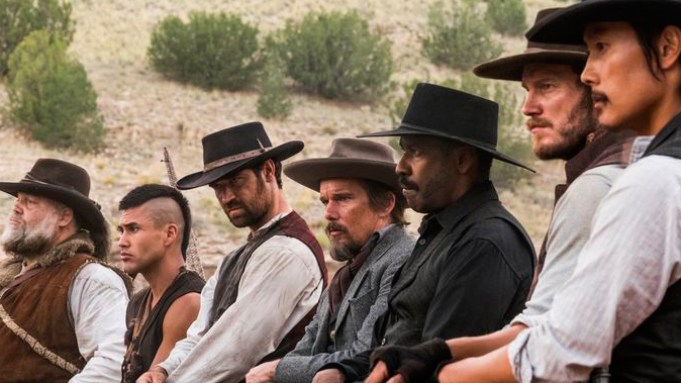 Courtesy of MGM
Gunning for a whole new generation of Western fans, Antoine Fuqua’s remake of the classic 1960 “The Magnificent Seven” has released a new trailer. Denzel Washington, Chris Pratt and Ethan Hawke star in the MGM-Columbia Pictures movie, which opens Sept. 23.
“True Detective” writer-creator  Nic Pizzolatto wrote the screenplay with Richard Wenk, so expect plenty of darker-than-dark brooding action and perhaps a fair number of corpses. Peter Sarsgaard stars as the evil industrialist who controls the town, while Haley Bennett leads the townspeople to fight back.
The 1960 film was of course based on Akira Kurosawa’s “Seven Samurai,” while both Quentin Tarantino’s “The Hateful Eight” and Adam Sandler’s “The Ridiculous Six” were recent homage/parodies of the fertile material.
Comments
Loading comments...