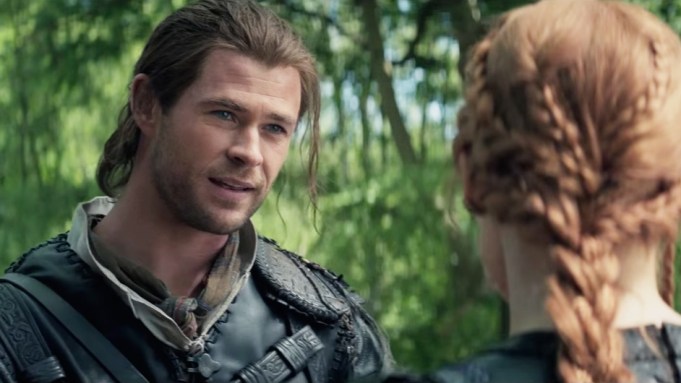 Though the narration at the onset of the trailer declares the film a prequel to “Snow White and the Huntsman” (2012), the fantasy epic will also cover events that occur after the conclusion of the first film, in which Charlize Theron and Chris Hemsworth starred alongside Kristen Stewart.

The new footage reveals the origin of the ongoing feud between the sisters, which was sparked by Ravenna’s (Theron) betrayal of sister Freya (Emily Blunt), causing her to flee their kingdom. Once escaped, Freya retreats to an ice palace where she spends years building up an army to defeat Ravenna. Aiding in Freya’s quest for domination is Eric the Huntsman (Hemsworth), her most elite warrior, who’s pining for the heart of Sara (Jessica Chastain) despite Freya’s request that her warriors refrain from falling in love.

Directed by “Snow White and the Huntsman” vfx supervisor Cedric Nicolas-Troyan, “The Huntsman: Winter’s War” bows in theaters this April 22. Joe Roth, who produced “Alice in Wonderland” and “Maleficent,” will produce.