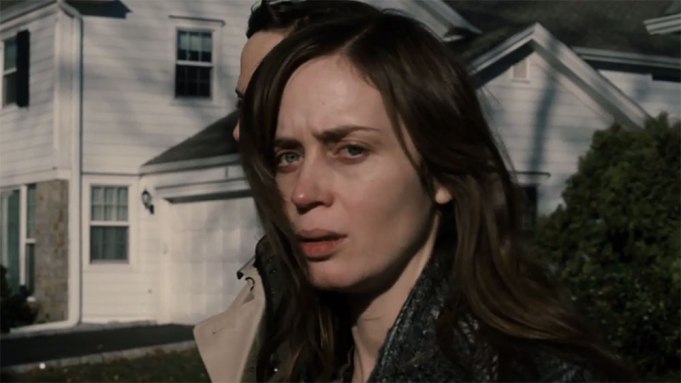 UPDATED: The first trailer for “The Girl on the Train” starring Emily Blunt arrived online on Tuesday, but was taken down by Universal Pictures and released officially on Wednesday.

The trailer, which first debuted at CinemaCon earlier this month, shows Blunt’s Rachel as she becomes swept up in a mystery involving her ex-husband (Justin Theroux)’s missing nanny.

Rachel is lonely, alcoholic divorcée, whose train passed her old home — where her ex-husband and his new wife live — every day. She begins to spy on a couple a few houses down, played by Luke Evans and Haley Bennett. Once a mysterious disappearance occurs, Rachel gets more and more involved with their lives.

“The Girl on the Train,” adapted from Paula Hawkins’ best-seller and directed by Tate Taylor, hits theaters on Oct. 7.