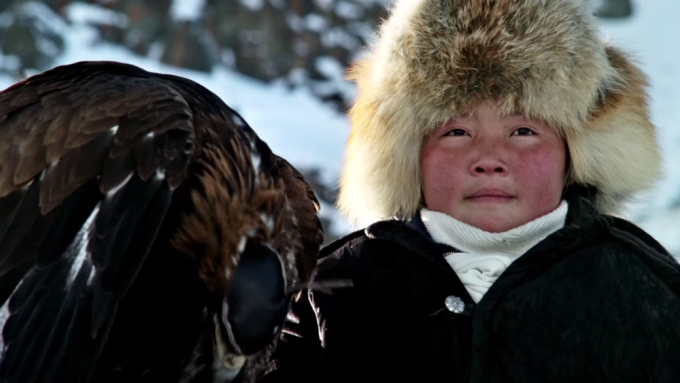 Daisy Ridley has traded a galaxy far, far away for the Mongolian steppe in the new trailer for the documentary “The Eagle Huntress.”

The movie, narrated by Ridley, follows a 13-year-old girl named Aisholpan, as she trains to become the first female in twelve generations of her family to become an eagle hunter.

“She’s strong, she’s brave and she’s a total natural,” Ridley says about Aisholpan in the trailer. “But when the competition ends, the real test begins,” she teases.

“The Eagle Huntress is directed by Otto Bell.

It features the original song “Angel by the Wings” performed by Sia, which she co-wrote with Greg Kurstin.

“The Eagle Huntress” originally premiered at Sundance and will open in New York and Los Angeles on Oct. 28, followed by a national release in the following weeks.