Watch: Adam Sandler, David Spade Get Another Shot in ‘The Do-Over’ Trailer 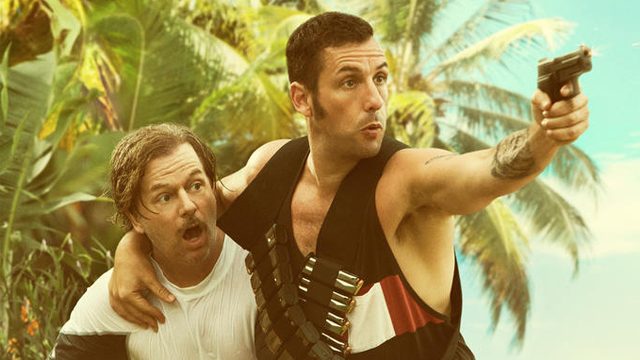 How’s this for a 25-year high school reunion? In the new trailer for “The Do-Over,” Adam Sandler reunites with David Spade and persuades him to change his dreary life as a bank manager.

Spade is then awoken tied to a bed and discovers that Sandler has wiped the slate clean for a do-over by faking both their deaths. “I didn’t want you to freak out,” Sandler explains.

Paula Patton, who stars as Spade’s new love interest, asks him, “What was so terrible about your life that you wanted a whole new one?” He responds, “It kind of wasn’t my choice.”

Netflix is releasing “The Do-Over” on May 27. Sandler and Spade starred in Netflix’s Western spoof “The Ridiculous 6” with Spade portraying General George Custer.

Besides “The Ridiculous Six,” Sandler and Spade also teamed on “Saturday Night Live” between 1992 and 1995 and on the “Grown-Ups” movies.

“The Do-Over” is directed by Steven Brill, who also helmed “Little Nicky” and “Mr. Deeds.”