‘The Birth of a Nation’ Full Trailer: ‘We’ll Fight, and We’ll Number in the Hundreds’ 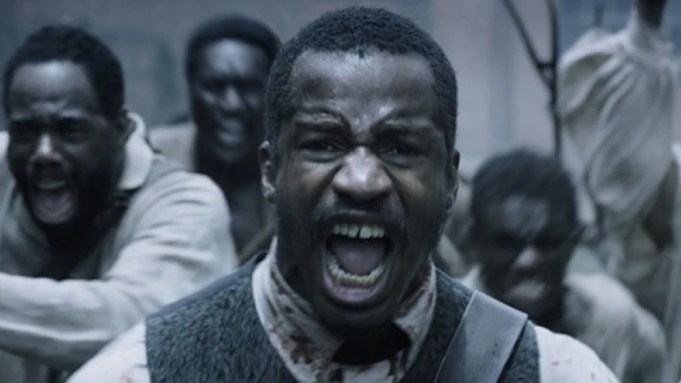 The fiery full-length trailer of Nate Parker’s “The Birth of a Nation” debuted on Tuesday, set to the tune of Grammy-nominated artist Andra Day’s “Rise Up.”

Filled with the sound of rattling chains and the cracking of whips, the trailer offers up a riveting peek into world that led to the famous Nat Turner Rebellion.

“Lord’s spoken to me — visions of what’s to come. The rise of good against evil,” said Turner (Parker) in the trailer, among a group of fellow slaves.

“We’ll fight. Once it begins, our brothers and sisters will join. And we’ll number in the hundreds. Thousands even.”

The film, which had its premiere at Sundance, won over critics and audiences at the fest, receiving the grand jury prize and audience award. It was sold to Fox Searchlight for $17.5 million, which set the record for the highest buy at Sundance.

“The Birth of a Nation” was written, directed and co-produced by Parker, who also plays Turner, the slave and preacher who led the rebellion. The film also stars Gabrielle Union, Armie Hammer, Aja Naomi King, Jackie Earle Haley and Penelope Ann Miller.