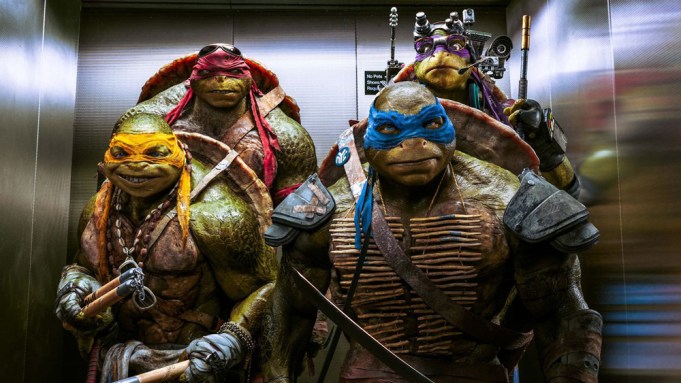 The Teenage Mutant Ninja Turtles suffer a crisis of faith in the film’s newest trailer.

The reptilian superheroes consider turning human in the latest teaser for “Teenage Mutant Ninja Turtles: Out of the Shadows” after learning that a magical concoction — purple ooze — can not only turn humans (like Bebop and Rocksteady) into animals, but animals into humans.

Leonardo, however, never wavers, telling Michelangelo, Donatello and Raphael, “We’re turtles, whether you like it or not.”

The baddies are even bigger in the second installment of Michael Bay’s franchise as supervillains Shredder and mad scientist Baxter Stockman (Tyler Perry) team up to wreak havoc. The gang must also contend with the warlord Krang (Fred Armisen).

“Teenage Mutant Ninja Turtles 2: Out of the Shadows” hits theaters on June 3.