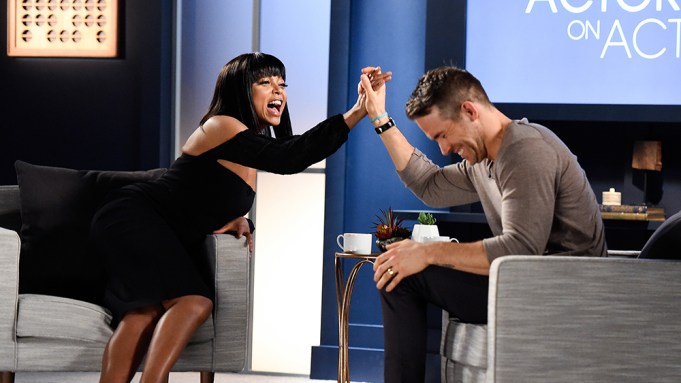 Even Ryan Reynolds has bad auditions.

The actor revealed the fact to Taraji P. Henson during the duo’s interview for Variety‘s fifth season of “Actors on Actors,” which will premiere on PBS SoCal in January. Henson asked the “Deadpool” star what his most recent audition was like, and according to Reynolds, it was for a Coen brothers movie… and it didn’t go very well.

“I auditioned and failed for the Coen brothers,” he replied. “It wasn’t the right fit, mostly because they’re very high class. They were just quietly shaking their heads, like, ‘What are you doing here? Do you have a SAG card?'”

Henson also touched on the fact that she auditioned for Olivia Pope in Shonda Rhimes’ ABC hit “Scandal,” a role that eventually went to Kerry Washington. “Thank God Kerry got it,” the “Empire” and “Hidden Figures” star said. “It was  her job.”

“Isn’t it funny how sometimes you think, ‘Wow, someone else got it, and they ran with it, and it was perfect for them,'” Reynolds added.

“Or there are the ones where you’re like, ‘Pee-yew, glad I didn’t get that one!'” Henson laughed.

The interview will air in full on Variety‘s “Actors on Actors” Season 5, presented by The Venetian Las Vegas, which debuts on PBS SoCal on Jan. 3. Click here to watch the full interview.