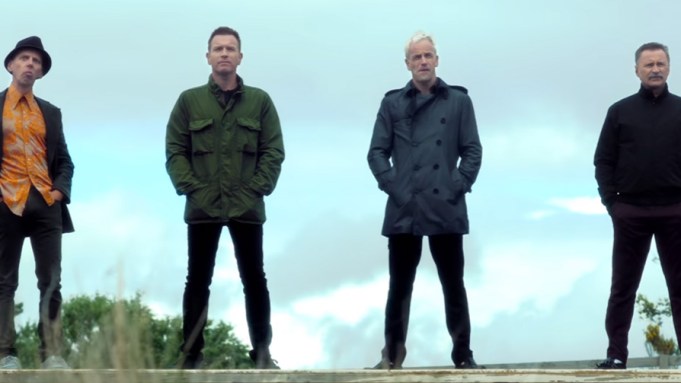 The first teaser, which dropped Monday morning, shows Renton, Spud, Sick Boy and Begbie standing on a platform as a train passes by with Iggy Pop’s “Lust for Life” playing in the background. “T2” takes place nine years after the original.

Ewan McGregor, Ewen Bremner, Jonny Lee Miller and Robert Carlyle reprise their roles from the 1996 British drama. The original, which was nominated for an Academy Award and won a BAFTA, follows Renton, who is deeply immersed in the Edinburgh drug scene, as he tries to clean up and get out, despite the allure of the drugs and influence of friends.

John Hodge, writer of the original screenplay, also returned to pen the sequel alongside Boyle.

“I just want to wait until the actors are in their 40s,” Boyle said in a 2007 interview with the Scotsman. “I could make it now, but the problem is they all look the same. I want them to look ravaged by the passing of time.”

“T2” is slated to release Jan. 27 in United Kingdom, followed by a Feb. 3 release in the United States.