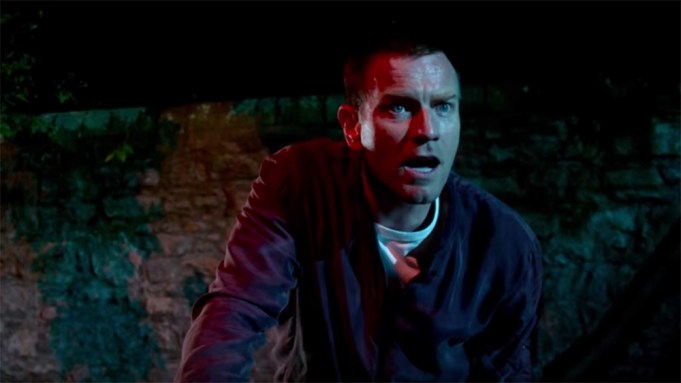 The gang’s all back together in the new trailer for “T2: Trainspotting,” the sequel to Danny Boyle’s 1996 British comedy.

Boyle reunites the original cast of “Trainspotting” with Ewan McGregor, Ewen Bremner, Jonny Lee Miller and Robert Carlyle all returning in the sequel two decades in the making.

The trailer is underscored by a voiceover monologue that end in a rousing, “You’re an addict. So be addicted. Just be addicted to something else. Choose the ones you love. Choose your future. Choose life.”

In the film, Mark Renton (McGregor) returns to the only place he can ever call home, and reunites with old friends Spud (Bremner), Sick Boy (Miller), and Begbie (Carlyle).