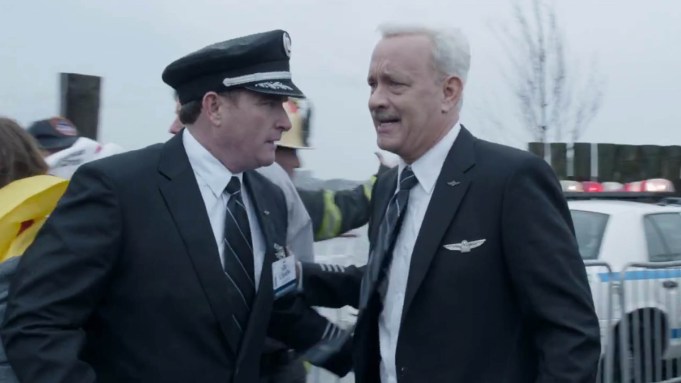 Warner Bros. has unveiled the first official trailer for Clint Eastwood’s “Sully,” which lands in theaters on Sept. 9.

Starring Tom Hanks, the real-life drama centers on Captain Chesley “Sully” Sullenberger who, in 2009, became a national hero in after he successfully executed an emergency water landing of US Airways Flight 1549 in the Hudson River. All 155 passengers and crew members survived. Sully, however, soon became the subject of an investigation that threatened to destroy his reputation and his career.

Written by Todd Komarnicki, the upcoming drama is based on the autobiography “Highest Duty” by Sullenberger with Jeffrey Zaslow.