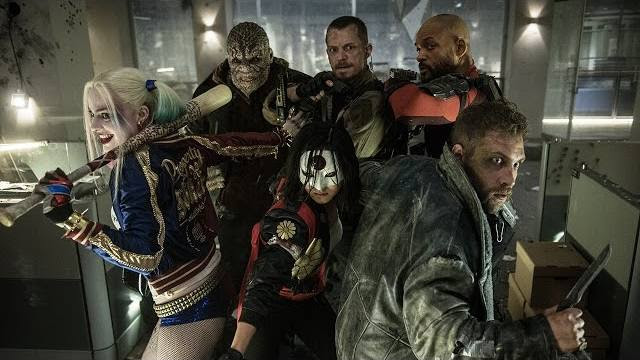 The new “Suicide Squad” trailer is here, showing the villains in more action.

The new look at the upcoming comic-book film dropped Tuesday night during “DC Films Presents: Dawn of the Justice League” on the CW. It notably shows a better look at Will Smith’s Deadshot, who was only just teased in the first trailer, and even gives another sneak peek at Jared Leto’s Joker.

Also predominantly featured again is Margot Robbie’s Harley Quinn, who, after smashing a window display to steal a handbag, proclaims, “We’re bad guys. It’s what we do.”

The trailer, which includes Queen’s “Bohemian Rhapsody” as its soundtrack, concludes with the tagline “Worst. Heroes. Ever,” which, given the new footage, seems pretty fitting.

The trailer comes one day after Warner Bros. debuted new posters of the “Squad,” whetting fans’ appetites. The team got both a live action poster and cartoon drawing of each character.

Tuesday’s trailer is the latest look at the film since the first trailer dropped in July, following its Comic-Con debut. The movie follows a group of DC super-villains hired for a government mission, with an opportunity to wipe their criminal records clean. The catch? The mission will likely kill them.