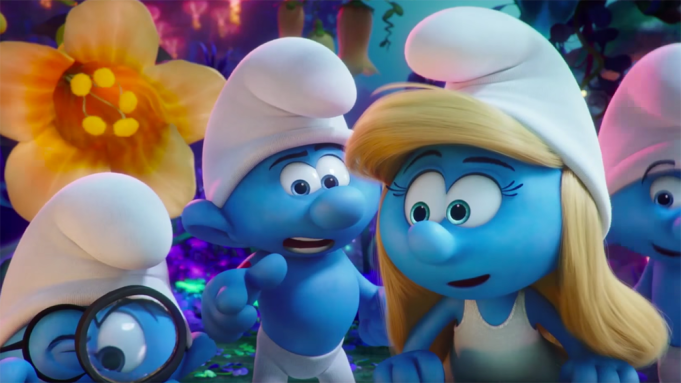 Smurfette, Brainy, Clumsy and Hefty Star face off against plants in the Forbidden Forest in the first teaser trailer for Sony Animation’s “Smurfs: The Lost Village.”

The blue quartet start by looking out into the audience for the village before a large yellow flower grabs Brainy, then expels him covered in yellow goo and has a good laughs — followed by the strains of Ludacris’ song “Get Back.”

In the upcoming film, a mysterious map sets Smurfette and her friends through the Forbidden Forest filled with magical creatures to find a mysterious lost village before the evil wizard Gargamel does. Demi Lovato voices Smurfette while Joe Manganiello plays Hefty, Jack McBrayer is Clumsy, Danny Pudi is Brainy, Mandy Patinkin is Papa Smurf and Rainn Wilson is Gargamel.

The film is being directed by Kelly Asbury (“Shrek 2”) from a script by Stacey Harman and Pamela Ribon. It’s produced by Jordan Kerner (“The Smurfs”) and co-produced by Mary Ellen Bauder Andrews (“Hotel Transylvania”).

“The Smurfs: The Lost Village” opens on April 7.