The Smurfs Are Back in ‘The Lost Village’ Full-Length Trailer 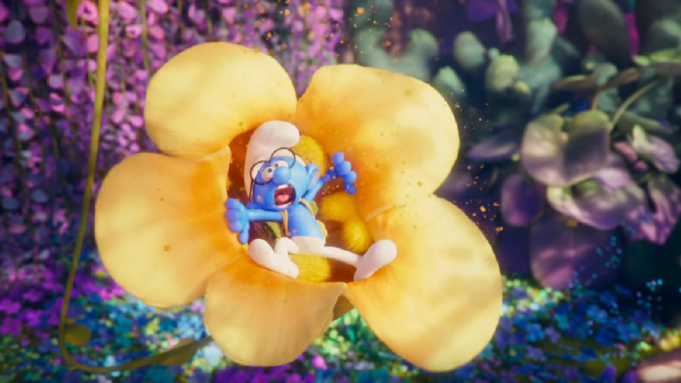 The Smurfs are back and bluer than ever.

When Smurfette (Lovato) stumbles upon a familiar-looking creature who leaves behind a map in the Enchanted Forest, the trailer asks the question: “What if they were never alone?” Along with her friends Brainy (Pudi), Clumsy (McBrayer), and Hefty (Manganiello), the Smurfs embark on a mission to find the mysterious lost village.

“If there really are other Smurfs out there, we need to find them,” says Smurfette.

The quartet soon encounters perilous and insane adventures along the way, trying to discover the forgotten town before the evil Gargamel (Wilson). Wilson replaces Hank Azaria, who voiced the evil wizard in the first two film reboots.

The project is directed by Kelly Asbury from a script penned by Stacey Harmon, Karey Kirkpatrick, Chris Poche, Pamela Ribon, David Ronn, and Jay Scherick. “Smurfs: The Lost Village” will be released in the U.S. on April 7, 2017.