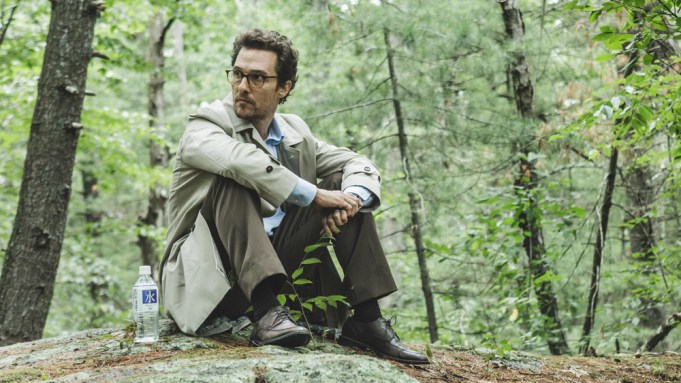 Matthew McConaughey is thoroughly depressed in the first trailer for the suicide-themed “The Sea of Trees.”

The first part of the teaser features flashbacks as McConaughey’s professor character deals with a disintegrating marriage to an unhappy wife, played by Naomi Watts. “You don’t care; your mind is somewhere else,” she tells him after he declines her invitation to go to lunch.

Gus Van Sant directed the movie, in which McConaughey’s character travels to Japan’s “Suicide Forest” with the intention of taking his own life, and decides to help a Japanese man (Ken Watanabe) who’s lost. That evolves into a campfire discussion of whether life is worth living.

The film had been picked up by Roadside Attractions/Lionsgate before its debut in competition at the 2015 Cannes Film Festival, where it was booed at the premiere.