Continue to Variety SKIP AD
You will be redirected back to your article in seconds
Dec 3, 2016 9:30am PT

How Sally Field Landed Her First Major Role in ‘Gidget’ 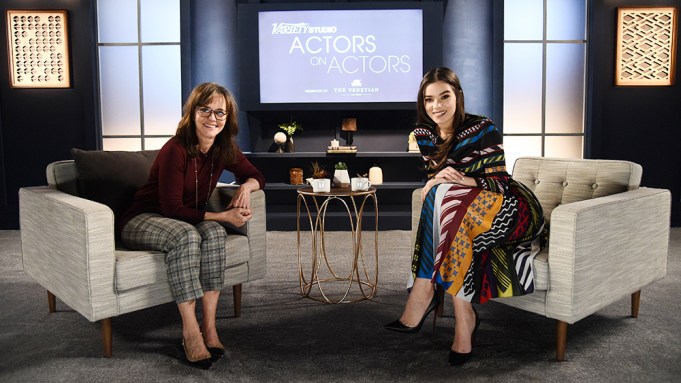 Before she portrayed “the little girl with big ideas” on the 1960s television series “Gidget,” Sally Field began her acting career auditioning for a role with her mother.

In an interview with Hailee Steinfeld for Variety‘s “Actors on Actors,” Field discussed her transition from being the child of working-class actors, to becoming a thesp herself. Her experiences were not always picture-perfect and there was a time when her step-father, actor Jock Mahoney’s show — the Western series “Yancy Derringer” — was “ripped out from under” him.

“Certainly the part of acting that I knew was not fun, it was not a glamorous world,” Field said. “It was where you had a life one day and then the next day literally it was all repossessed.”

“When I did an audition scene with my mother, to get into [a workshop], I did a scene from ‘Toys in the Attic’ by Lillian Hellman and I had not a clue what I was saying about sexual repression … I had no notion,” Field said. “I got into the workshop and they were a lot of casting people who were watching the audition  scenes, and the casting man came out the next day and asked me if I wanted to come on an interview … so I went on that interview … and at the end of the summer it was for a television series called ‘Gidget,’ and I got it.”

The interview will air on Variety’s “Actors on Actors” on PBS SoCal, which debuts its fifth season on Jan. 3.