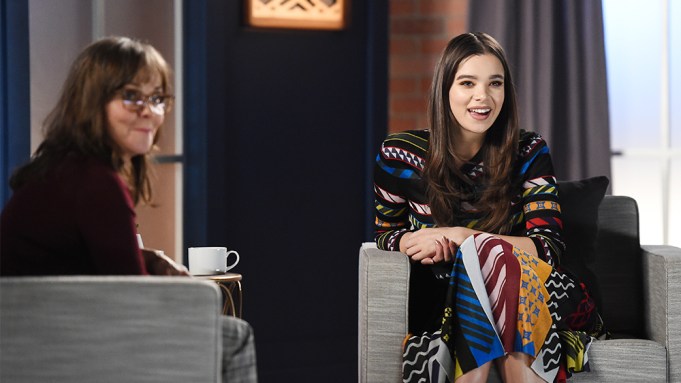 Sally Field revealed that she was “deeply depressed” in her late teens and even once gained 10 pounds in two days.

In an emotional interview with Hailee Steinfeld for Variety’s “Actors on Actors,” Field talked about her early career and the depression she suffered from during that period.

“It took me a long time to get to anybody to really learn a craft and that wasn’t until I was in my second television series, and unfortunately it was something called ‘The Flying Nun,'” Fields said. “I was suffering so badly, I was so depressed and I was 19 and I didn’t want to be playing something called the Flying Nun, I did not want to be dressed as a nun all day long.”

She confessed to the 19-year-old Steinfeld that when she was her age, she wanted to look like her, and that it wasn’t until she was taken to the actor’s studio that she began to emerge from her depression.

“(The actor’s studio) really began to form who I was not only as an actor, but helped me be who I became as a person,” Field admitted. “Because it gave me tools … so that I never lose my own voice … acting tools, that I can go into myself and if I can call on those pieces of myself as an actor, then I can call on them as a human, and I couldn’t do that before.”

You can catch the entirety of the interview on Variety’s “Actors on Actors” Season 5, presented by The Venetian Las Vegas, which debuts on PBS SoCal on Jan. 3.