Ryan Reynolds Spoofs His Own Movie in ‘Deadpool’ Honest Trailer 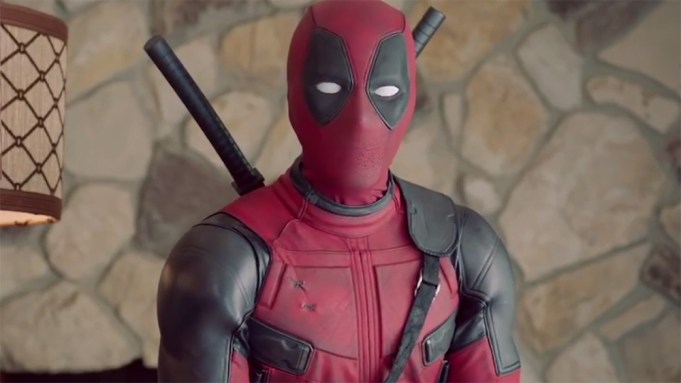 “Deadpool” has received the honest trailer treatment, following the likes of “Star Wars: The Force Awakens,” “Fantastic Four” and more in the Screen Junkies’ popular parody series. But this time, the star of “Deadpool,” Ryan Reynolds, stopped by to throw in his own jabs about the irreverent superhero.

“When Aquaman starts throwing out sperm whale jokes, you know who to thank,” chimes in Reynolds as the Merc with a Mouth, referencing the success of his R-rated, cheeky “Deadpool,” and the slew of superhero movies that are likely to follow its trend.

Reynolds dressed as Deadpool in the “Deadpool” honest trailer? It’s so “meta,” as the trailer states.

The trailer gets real about box office figures, reminding everyone how this “unlikely” hit beat out other popular superhero movies in the domestic box office, including the recent DC vehicle “Batman v Superman: Dawn of Justice.”

Reynolds adds saucy color to the trailer, continuing with his character’s fourth-wall breaking and supplying viewers with a bucket-load of curses — aptly beeped out, of course.

So, how did Andy Signore, VP of Defy Media, get Reynolds on the cut? On Twitter.

It looks like Screen Junkies and their millions of avid followers made it happen.

Although “Deadpool” itself has plenty of honest names for its characters in its opening credits, take a look at the video above to check out a new set of names for the cast.