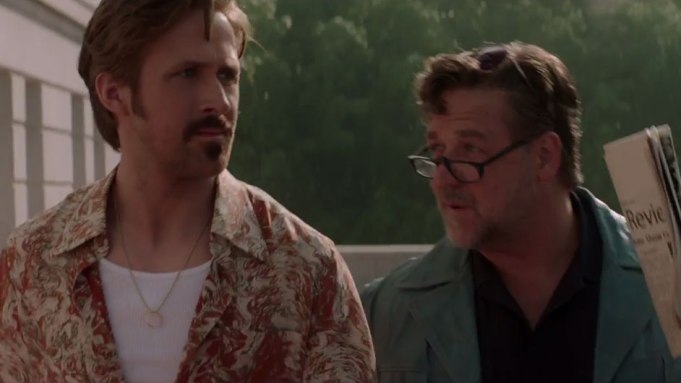 “How much would you charge to beat up my friend Janet?” she asks a bemused Crowe at one point.

The trailer also features disco dancing along with two instantly recognizable staples of 1970s music: Rod Stewart’s “(I Know) I’m Losing You” and the Hollies’ “Long Cool Woman in a Black Dress.”

Near the end of the trailer, Gosling tells Crowe, “Before we deal with the crime of the century, let’s deal with the rotting corpse.”

“Iron Man 3” director Shane Black is helming and Joel Silver is producing. “Nice Guys” re-teams the studio with Black and Silver, both of whom rose to prominence nearly three decades ago via the “Lethal Weapon” franchise. It’s the first major movie that Silver’s produced for Warners since splitting with the studio four years ago.