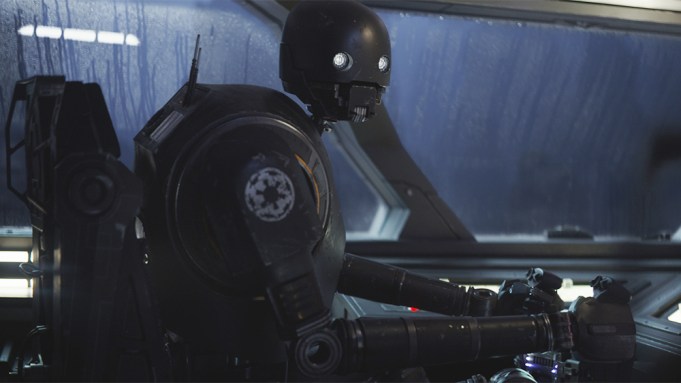 Disney and Lucasfilm have released a new trailer entitled “Trust” for “Rogue One: A Star Wars Story,” and though it’s only a minute and a half long, there are plenty of hints of storylines to come in the first standalone “Star Wars” film.

Starring Felicity Jones, Diego Luna, Ben Mendelsohn, Donnie Yen, Mads Mikkelsen, Alan Tudyk, Riz Ahmed, as well as Jiang Wen and Forest Whitaker, it’s the story of a group of unlikely heroes who band together to steal the plans to the Death Star — the Empire’s ultimate weapon of destruction.

Gareth Edwards directs the film that is due in theaters in the U.S. on Dec. 16. “Rogue One” will show in 3D, RealD 3D and IMAX 3D.