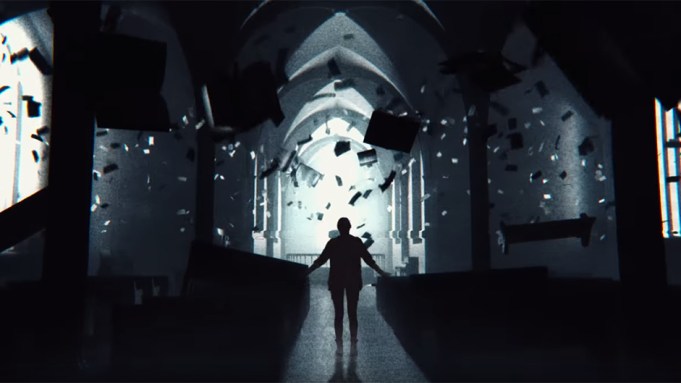 The first trailer for the “Rings” sequel paints a portrait of death and destruction for the digital age, culminating with a malevolent spirit causing a jet airplane crash.

The teaser gets right to the point as protagonist Julia, played by Matilda Lutz, tells a shadowy girl with stringy hair “You’re not real.”

Julia’s boyfriend sets events in motion by starting to explore a dark subculture. “I keep thinking about this story. There’s this video that will kill you seven days after you watch it,” he says.

The trailer then cuts to a string of quick images of defiled churches, imprisonment, and a young girl who appears to be the source of evil, along with whispered voiceovers chanting “seven days, seven days, seven days” in order to portray Julia’s hellish final week on Earth.

F. Javier Gutierrez is directing “Rings,” and Walter Parkes and Laurie MacDonald are producing. Vincent D’Onofrio appears as a character who attempts to explain what’s actually happening, telling Julia, “You’ve opened a door and now no one is safe.”

Paramount has set the movie — its third film in the popular horror franchise — for the pre-Halloween release date of Oct. 28. Five of Paramount’s “Paranormal Activity” also opened in October.