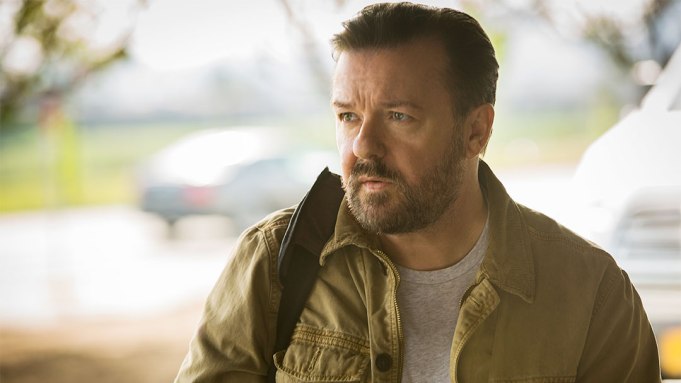 A new trailer for Netflix’s “Special Correspondents,” written, directed by and starring Ricky Gervais, has been released.

The feature film — a remake of the French comedy of the same name — stars Gervais as a radio engineer employed by a journalist played by Eric Bana. The pair pretend to file reports from war-torn Ecuador without ever leaving New York.

They eventually pretend to be taken hostage when the U.S. government suspects that they’ve gone missing. Gervais’ wife, played by Oscar nominee Vera Farmiga, capitalizes on the opportunity to advance her music career.

Gervais has enjoyed a successful relationship with Netflix; his series “Derek” earned him two Emmy nominations, and he has high praise for its hands-off style. “I think Netflix will see the return of the auteur to moviemaking. Zero interference and a guaranteed audience. Perfect,” says Gervais.

The film’s cast includes Emmy winner America Ferrera, Kelly Macdonald and Benjamin Bratt. It will premiere on Netflix on April 29.