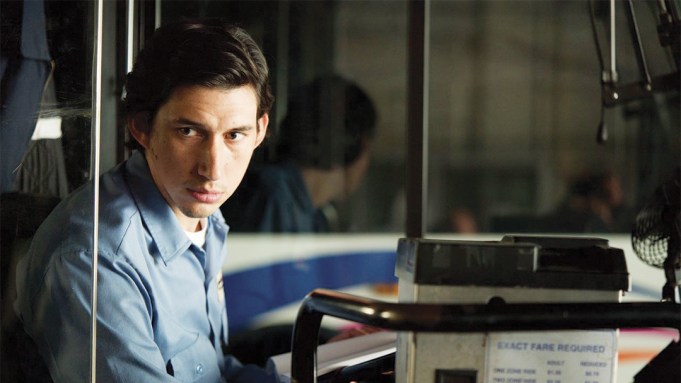 Adam Driver plays a bus driver and an aspiring poet named Paterson living in Paterson, N.J., in Jim Jarmusch’s aptly titled film “Paterson.” The poetic nature of it all isn’t lost on the movie’s characters … or its audience.

The first trailer for the movie offers a two-minute-30-second look at Paterson’s humdrum daily routine, with a few bursts of excitement when he takes down a gunman at his local bar and evacuates a bus before it explodes.

Paterson is filled with self-doubt about his secret passion — poetry — despite encouragement from his doting wife Rosie (Golshifteh Farahani), an aspiring country singer who wants to move to Nashville.

“As a movie, ‘Paterson’ makes the quiet, contained life of its hero wistfully appealing,” Variety‘s Chief Film Critic Owen Gleiberman wrote in his review of the movie, which premiered at the Cannes Film Festival.

Amazon Studios will release the pic, in partnership with Bleecker Street, on Dec. 28, qualifying it for awards season.