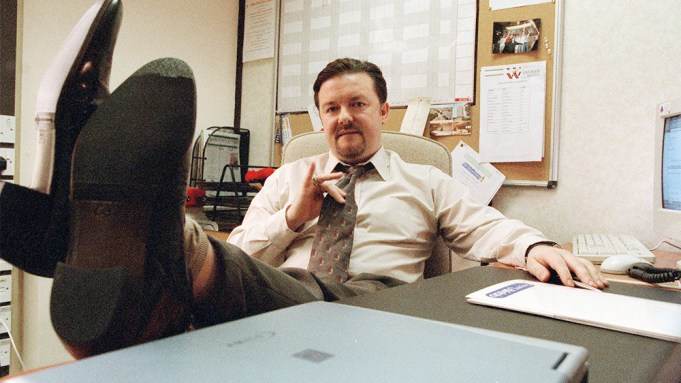 Awkwardness abounds in the first teaser trailer for Ricky Gervais’ “The Office” spinoff movie, “David Brent: Life on the Road.”

Gervais returns as his titular character from the BBC mockumentary series “The Office.” The trailer for the film from Entertainment One and BBC Films shows Brent — now a singer and traveling salesman — returning after a dozen years to the office. He then explains to two women the sexual innuendo in one of his rock songs.

“I’m going to roll you over and leave you stupid,” he sings. “There’s a party in my pants and everybody’s coming.”

“Life on the Road” is directed, written by and stars Gervais, with a documentary crew catching up with Brent as he chases his dream of rock stardom by self-financing a U.K. tour with his band Foregone Conclusion.