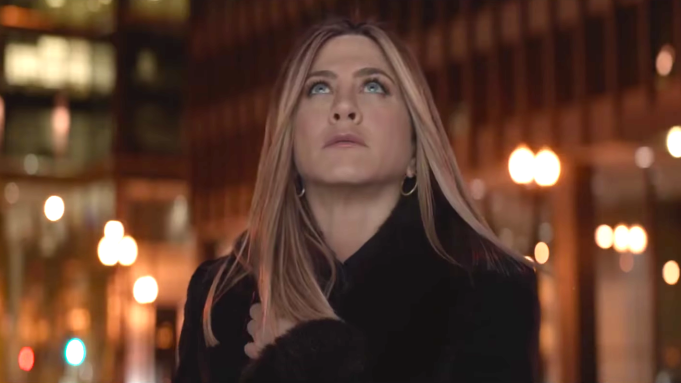 “The Switch” and “Horrible Bosses” alums Jennifer Aniston and Jason Bateman reunite for one last bash in the new trailer for “Office Christmas Party,” released Thursday.

In the trailer, Aniston plays T.J. Miller’s wet blanket sister and company CEO who is not enthusiastic about the office’s holiday party. But the party goes on nonetheless.

“Tonight, the decisions you make with have consequences that will haunt you for the rest of your professional lives,” Kate McKinnon’s character says over a loudspeaker.

While Aniston’s character is stuck in a Chicago snowstorm, Miller, dressed as Santa Claus, sleds down the office stairs, plowing into a nativity scene. That’s just one of the movie’s many mayhem moments. Others include watercoolers filled with booze, flaming Christmas trees, swinging from Christmas lights, and of course, reindeer.

Check out the hilarious trailer above.