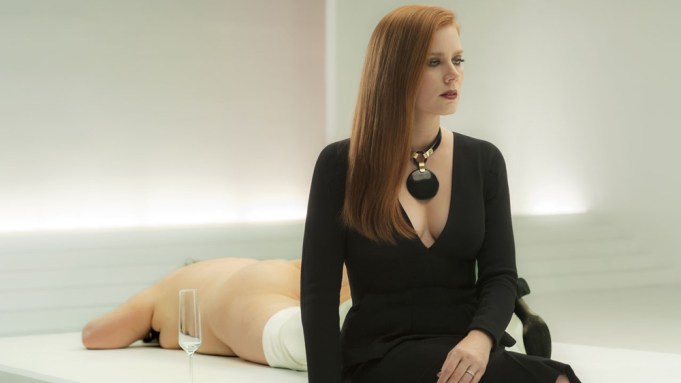 But the narrative descends into a story of betrayal and revenge as Adams later says, “I did something horrible to him. I left him in a brutal way.”

It’s not specified what she did, but an angry Gyllenhaal later tells Adams, “When you love someone, you have to be careful.”