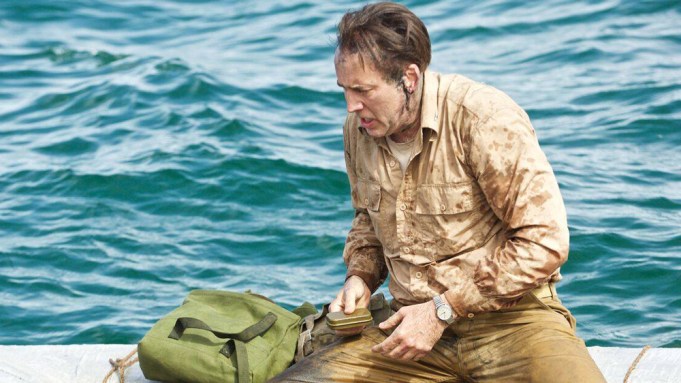 Cage stars as Capt. Charles Butler McVay, whose ship was torpedoed in the South Pacific in July of 1945, after delivering parts for the first atomic bombs. “President Truman has selected you to lead a highly classified mission,” Cage is told.

Because the ship was without an escort, the Indianapolis was not reported missing until four days later. Of 1,197 crewmen aboard, approximately 300 went down with the ship, while the rest faced exposure, dehydration, saltwater poisoning and shark attacks as they waited for assistance. Only 317 sailors survived, and McVay was court-martialed, then exonerated more than half a century later.

The trailer, released by Hannibal Classics and Patriot Pictures, shows several shark attacks during those five days and the subsequent court martial.