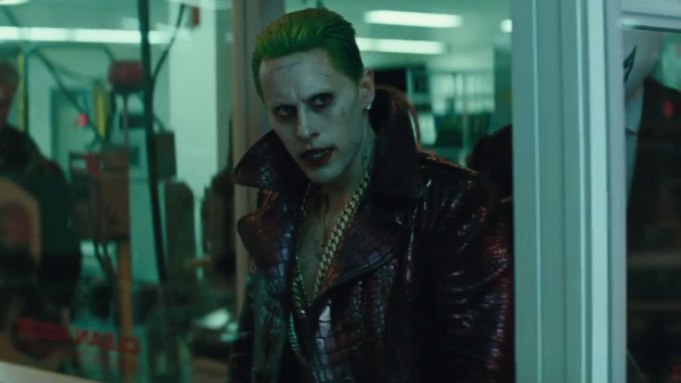 The extended online clip shows quite a bit of previously unaired footage, including Deadshot agitating El Diablo, the Joker getting in on the action and Harley Quinn… being Harley Quinn.

The figure of Batman can also be briefly seen — however, just a quick glimpse of the Batsuit.

“Fury” and “End of Watch’s” David Ayer directs “Suicide Squad,” which assembles a team of the world’s most dangerous villains for a dangerous mission to take on a powerful entity. The villains are promised a clean criminal slate for undertaking the mission, but there’s a catch — it will probably kill them.