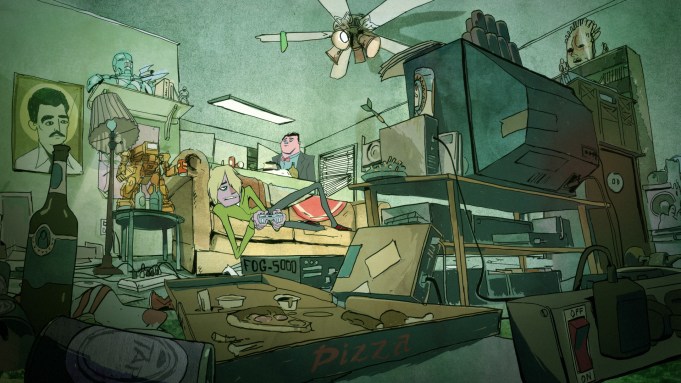 One of the attention-grabbers on the 2016 Tribeca Film Festival slate is “Nerdland,” the starry, adult animated feature that opens the festival’s Viewpoints competition.

Paul Rudd and Patton Oswalt lead a cast that includes Hannibal Buress, Mike Judge and Molly Shannon, among others. Chris Prynoski directs from a script by Andrew Kevin Walker. The Hollywood-set story centers on an aspiring screenwriter (Oswalt) and an aspiring actor (Rudd) who make a last-ditch effort to achieve fame before they hit their 30th birthdays.

The inclusion of “Nerdland” on the Tribeca slate comes after the buzzy debut of another R-rated animated feature, “Sausage Party,” at SXSW earlier this year. Will “Nerdland” make a similar splash at Tribeca? Take a mature-audiences-only look at the new feature below.