Nate Parker Blasts Media Coverage: ‘Are We in the Business of Headlines or Healing?’ 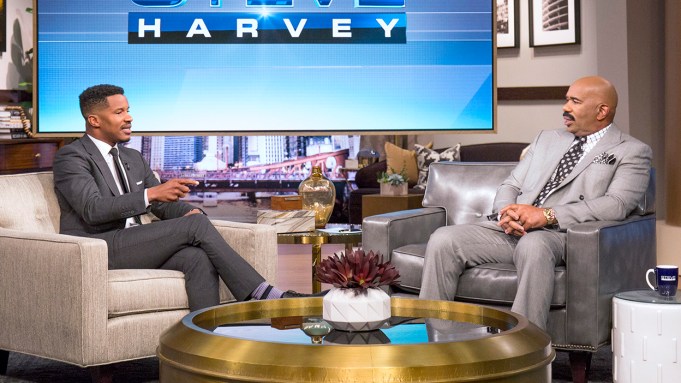 Nate Parker has criticized the media’s coverage of the 17 year-old rape controversy that has embroiled “The Birth of a Nation” filmmaker in recent months.

Parker and Jean Celestin, his former Penn State roommate and “Birth of a Nation” co-writer, were accused of raping a fellow Penn State student in 1999 after a party. The unidentified woman committed suicide in 2012.

“It’s a tragedy on so many levels,” Parker said, reiterating that he had no idea the woman had killed herself.

“The media picked it up and began to run with it,” Harvey said.

“If you are a black man in this country and you are accused of raping a white woman, your chances of walking out of that courtroom are slim to none,” Harvey added. “To tie all of that back to you (13 years later), it’s not right. I find that to be just a bit unfair.”

Parker later expressed regret over how he had handled the news initially of the unidentified accuser’s death in August.

“When this happened, and I spoke to it, it was insensitive,” he told Harvey. “I caught a lot of flak for it, for being indignant and saying, ‘I’m innocent. I was falsely accused so that’s that!’ — not realizing that, one, there should be empathy for any woman.”

Parker also said Wednesday that he believes that his film — which includes a rape scene — and the controversy stemming from the trial has given him the opportunity to address the issue of rape.

“We need to talk about something that is epidemic in America that no one’s talking about. If my film or if this moment has to be something that puts our eyes and the spotlight on it, then so be it — and that is sexual violence against women by men in this country,” he told Harvey. “Guess what? The media ain’t covering that.”

Parker said Sunday during an interview on “60 Minutes” with Anderson Cooper that he did not feel guilty about the incident.

Parker was acquitted of the rape charges in 2001, but Celestin was found guilty of sexual assault. He appealed the verdict and was granted a new trial in 2005, but the case never made it back to court after the woman declined to testify again.

Fox Searchlight bought “The Birth of a Nation” for a record-breaking $17.5 million following its premiere in January at the  Sundance Film Festival. Parker produced, directed from his own script — on which he shares story credit with Celestin — along with starring as Nat Turner.