Why Natalie Portman, Michelle Williams Don’t Regret Their Starts in the Biz as Child Actors 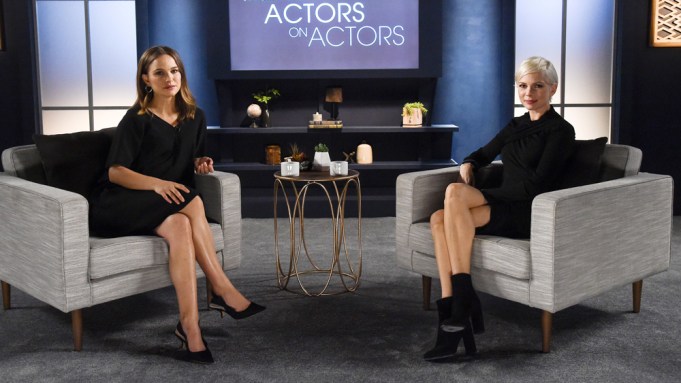 Natalie Portman and Michelle Williams were the rare child actors whose careers blossomed into international stardom. The pair discussed their start in the entertainment industry and why they never left the biz during the fifth season of Variety and PBS’ series “Actors on Actors.”

Coincidentally, both were around 11 years old when they got their start. Williams said she doesn’t think she would have become an actress had she not begun so young.

“It’s a funny thing, you know — it turned out all right,” Williams said. “But it isn’t like a life that I would want necessarily.”

Portman said she once read that if one ever feels lost or unsatisfied with their career, they should think about what they loved doing at age 11 and go back to that.

When Portman was 25, her father pulled her aside and told her that it may be time to pursue other interests. It wasn’t said out of malice, but to ensure that at the end of the day, she was fulfilled in life. Though Portman ultimately chose to remain an actor, she credits this experience to branching out in other parts of the film industry, such as directing her first feature film, “A Tale of Love and Darkness” in 2015.

“I do find myself more fulfilled when I feel like I’m learning something with what I’m doing and pushing myself to new places,” states Portman.

The interview will air during the fifth season of the Emmy Award-winning series on PBS SoCal KOCE, presented by The Venetian Las Vegas. The new season debuts on Jan. 3. Click here to watch the full video.