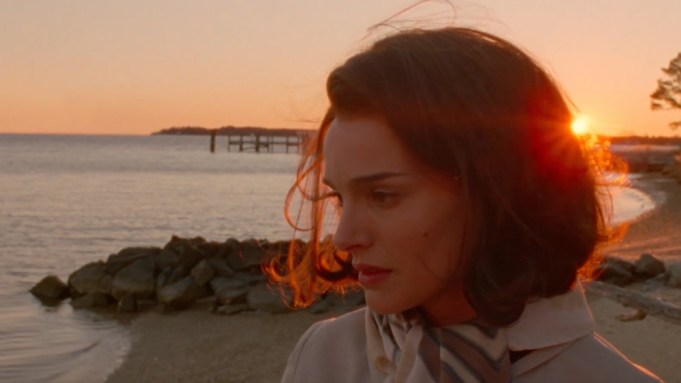 Natalie Portman maintains her composure above all else in Fox Searchlight’s new trailer for “Jackie.”

The movie, which opens Dec. 2, centers on Jacqueline Kennedy’s final days in the White House following the assassination of her husband, John F. Kennedy, on Nov. 22, 1963 — and  poise the First Lady attempted to maintain throughout the ordeal as a grieving widow and mother.

There are a few hints of the personal devastation she felt, as Portman says quietly,  “I’m not the First Lady anymore.”

The trailer also shows the memorable pink dress and pillbox hat she wore on the day of the assassination. Greta Gerwig, Billy Crudup, Richard E. Grant and John Hurt co-star in the film directed by Pablo Larrain from Noah Oppenheim’s script.

The film won the Best Screenplay at the Venice Film Festival and the Platform Prize at the  Toronto Film Festival.