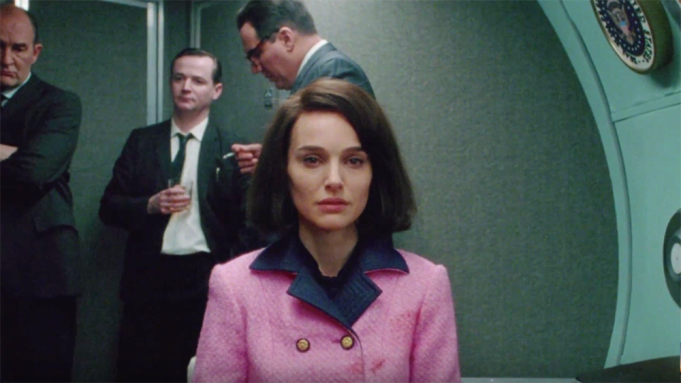 Fox Searchlight released the first teaser on Wednesday — less than a month after picking up U.S. distribution rights following the movie’s Toronto Film Festival debut. The studio also revealed the poster for the film.

The teaser, like the film itself, consists of flashbacks following the 1963 assassination of President John F. Kennedy. The First Lady is shown in a car headed to the funeral, kissing her husband’s flag-draped coffin, being removed from his hospital room, washing off his blood that splattered on her following the shooting, and other scenes of grief.

Both the pic and Portman’s standout performance have generated plenty of Oscar buzz. The festival favorite premiered to rave reviews at the Venice Film Festival, where writer Noah Oppenheim won the best screenplay prize, before heading to TIFF.