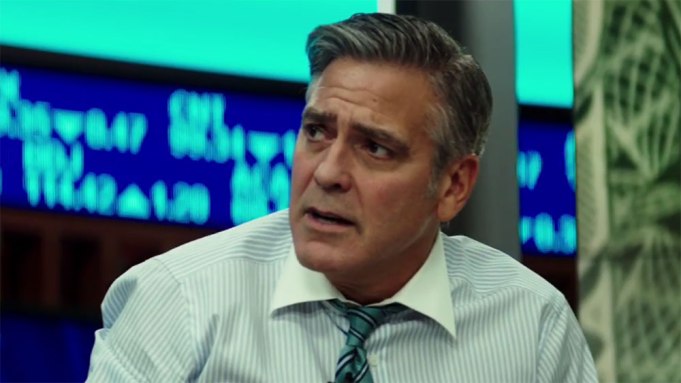 Clooney is playing a glib investment guru with the TV show “Money Monster” who has to deal with a gun-toting investor — played by Jack O’Connell of “Unbroken” — after the investor takes a bath on a tech stock.

“Is this a union thing?” Clooney asks when he spots O’Connell’s weapon.

Julia Roberts stars as the producer, who tells the crew at that point, “Anyone who can get out, get out now.”

O’Connell’s character insists later that he’s not to blame, asserting, “I might be the one with a gun here, but I am not the criminal.”