Continue to Variety SKIP AD
You will be redirected back to your article in seconds
Sep 15, 2016 10:15am PT 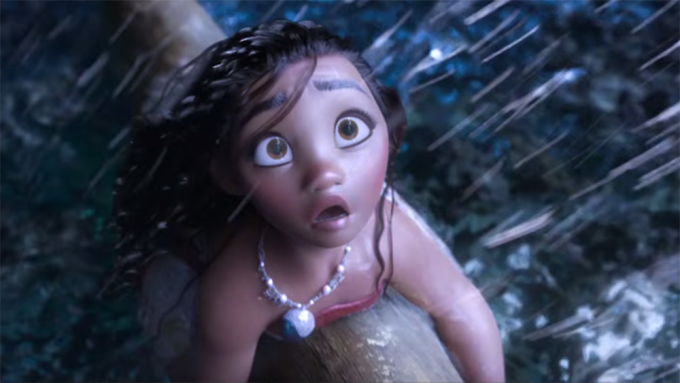 The new trailer for Disney’s Polynesian princess film “Moana” begins with a voiceover that lays out the grounds for an epic adventure story:

“For generations this peaceful island has been home to our family,” an ancient-sounding voice rasps. “But beyond our reef, a great danger is coming. Legend tells of a her who will journey to find the demigod Maui. And together they will save us all.”

And just like that, the title character, voiced by Auli’i Cravalho, meets Maui (Dwayne “The Rock” Johnson) and the two band together and hit the high seas.

“Maui, shape-shifter, demigod of the wind and sea, I am…” Moana begins to address her esteemed companion.

“… hero of men,” Maui cuts her off just to make sure she knows his full title.

While Maui possesses shape-shifting abilities in the air, Moana is in tune with the water.

“The ocean is a friend of mine,” she says.

Despite the banter and apparent camaraderie between the two heroes, their chemistry looks to hit some snags along the way.

“I am not going on a mission with some little girl,” Maui tells Moana in the trailer.

“Moana” reunites the directors Ron Clements and John Musker, who worked together on “The Little Mermaid,” “Aladdin” and “The Princess and the Frog.”

The film is set to hit theaters on Thanksgiving Day, Nov. 23.