Continue to Variety SKIP AD
You will be redirected back to your article in seconds
Apr 21, 2016 8:47am PT 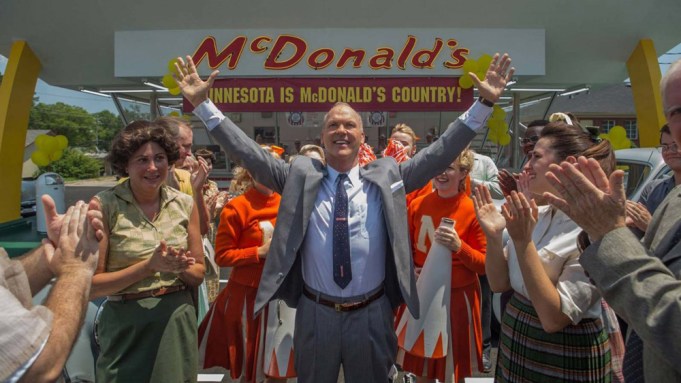 “McDonald’s can be the new American church, and it ain’t just open on Sundays,” Michael Keaton’s character says in the first trailer for “The Founder.”

The film follows milkshake-machine-salesman-turned-fast-food-empire-owner Ray Kroc, who made McDonald’s into a billion dollar chain and one of the most powerful brands in the world.

Kroc began working for Mac and Dick McDonald (John Carroll Lynch and Nick Offerman) as a franchising agent in 1954. Impressed by the brothers’ speedy system of making food in the Southern California burger operation, he saw franchise potential and bought the chain for $2.7 million in 1961.

The key to his success? “Persistence,” Kroc says in the trailer.

The Weinstein Company recently changed the pic’s release date from Nov. 25 to Aug. 4.

“‘The Founder’ is brilliant and one of the most controversial films I have had the pleasure to be associated,” TWC chief Harvey Weinstein said when the new release date was annouced. “The story of Ray Kroc should ignite adult audiences this summer and send the incredible team of John Lee Hancock and Michael Keaton back to the Dolby Theater.”