Meryl Streep Reveals the Movie Role She Didn’t Get Right 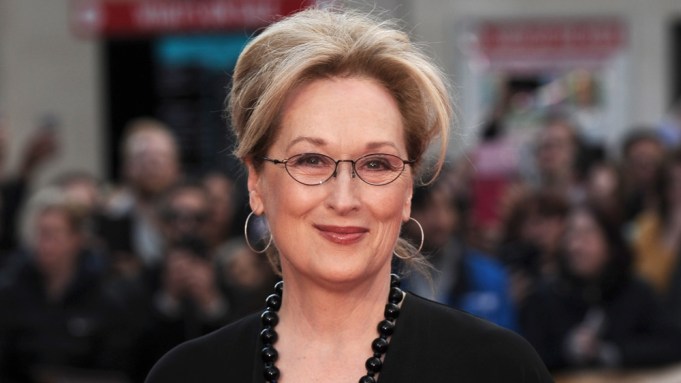 It may have earned her a best actress Oscar nomination, but Meryl Streep wasn’t entirely pleased with one particular movie role.

“You won’t guess because I’ve just collected a lot of awards for that film,” she said Friday on the “The Graham Norton Show,” flipping her hair, jokingly. “It was venerated.”

She finally admitted the performance was in the 1981 movie adaptation “The French Lieutenant’s Woman.” Streep played an actress (opposite Jeremy Irons) in the movie-within-a-movie whose character was having an affair both on and off screen.

“I’m giving myself an out, but part of it was, the structure of it was sort of artificial because I was the actress playing ‘The French Lieutenant’s Woman,'” she said. “At the same time I was an American actress playing a British woman.”

Streep won a Golden Globe and BAFTA for her role in the film, directed by Karel Reisz.

“I didn’t feel I was living it,” Streep added. “You always want to do something better after the fact.”

The actress was on the show with costar Hugh Grant to promote their upcoming film “Florence Foster Jenkins.” Grant, meanwhile, revealed which of his female costars disliked him on set: Julianne Moore (“loathes me”), Rachel Weisz (“despises me”) and Drew Barrymore (“hates me”).

“She made the mistake of giving me notes,” Grant said of Barrymore. “How would you take that?” he asked Streep.

“I took it very well, didn’t I?” Streep joked, without skipping a beat.