Watch: Melissa McCarthy Wants You to Stop Texting During Movies 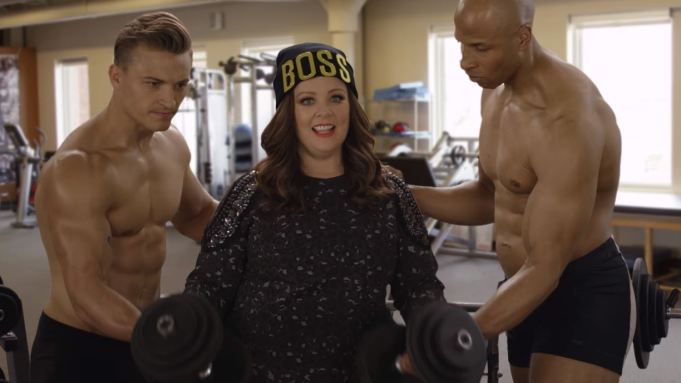 Melissa McCarthy, star of “The Boss” and “Ghostbusters,” praises the sanctity of a “temple to movies” in a PSA for Alamo Drafthouse discouraging patrons from texting and talking during films.

McCarthy, while pretending to work out her body, or “temple,” in a “Boss” beanie along with two shirtless men, promotes the concept of keeping phones tucked away while at the theaters.

“You wouldn’t come into a holy temple and text and make calls, would you?” she says.

“By the way,” she adds, “when you text, the light comes on and you ruin every f–king thing for every f–king person in the theater.”

In true McCarthy fashion, she says that there’s no need to check Facebook at the movies because “nobody likes your face, or your book, because you’re the kind of person who keeps pulling out their phone during the movie,” which she ends with a giggle.

Although McCarthy seems like a boss in this PSA, during the red-carpet premiere of “The Boss,” she admitted that things at home are quite different.

“I try to boss my kids around, but it doesn’t work,” she told Variety.

McCarthy also expressed sympathy for her character, saying she doesn’t “think she’s a horrible boss” and instead just wants people to work hard.

“You have to play a character with real ups and downs,” she added.

Next on the docket for McCarthy is the Paul Feig-directed “Ghostbusters.” The trailer for the film amassed 24 million views on its debut day. The international trailer features new footage and offers a longer look at Chris Hemsworth’s character.

“The Boss” hits theaters April 8 and “Ghostbusters” flies into theaters on July 14.