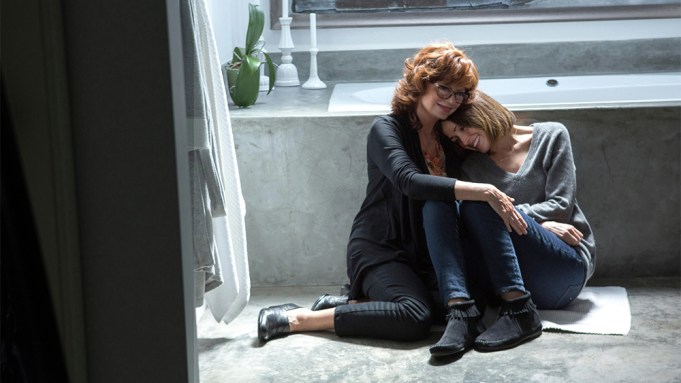 Sony Classics’ new trailer for Susan Sarandon-starring “The Meddler” lives up to its promise, with Sarandon’s good-hearted Marnie Minervini intervening in the life of anyone she encounters.

The recently widowed and eternally optimistic Marnie starts by moving from New Jersey to California to be closer to her daughter Lori, played by Rose Byrne. Marnie repeatedly shows up unannounced to perk up her depressed daughter.

That prompts the daughter to assert, “I think we should get you a hobby.” “Or maybe you should be my hobby,” Marnie responds.

By the end of the trailer, Marnie has insinuated herself into the lives of a sales clerk at an Apple store, Lori’s friends and a motorcycling love interest, played by J.K. Simmons.

“The Meddler,” directed by Lorene Scafaria (“Seeking a Friend for the End of the World”) from her own script, premiered at the Toronto Film Festival. Variety‘s Peter Debruge called Sarandon “luminous” in his review.