What Jeff Bridges Learned From Difficulties on the ‘Iron Man’ Set 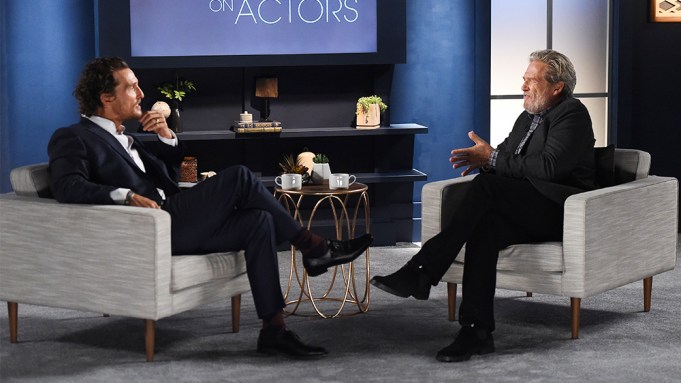 Jeff Bridges’ number one tip for getting into character? Staying prepared.

Bridges chatted with Matthew McConaughey during the fifth season of Variety and PBS’ “Actors on Actors,” and detailed how some challenges on the “Iron Man” set made it more difficult to get ready.

Bridges discussed the difficulties when filming “Iron Man” back in 2007, when the script was constantly being changed or altered. He detailed several of the setbacks the cast and crew faced after parts of the script were disavowed by Marvel.

“It turned out that many times — 10, 12, 15 times — we would show up for the days work, not knowing what we were gonna shoot,” Bridges said. “All the guys in the studio are sitting there tapping their foot, looking at their watch, and we’re sitting in my trailer trying to figure out my lines.”

However, it was also during this experience that Bridges learned not to take the process so seriously.

“I made a little adjustment in my head,” Bridges explained. “That adjustment was – Jeff, just relax, you are in a $200 million student film, have fun, just relax.”

The interview will air during the fifth season of the Emmy Award-winning series on PBS SoCal KOCE, presented by The Venetian Las Vegas. The new season debuts on Jan. 3. Click here for the full interview.