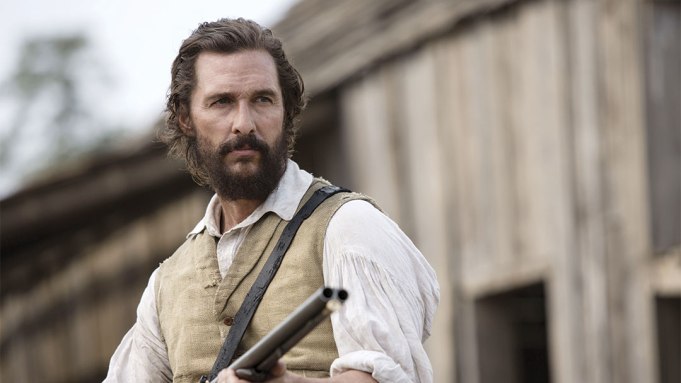 The footage covers an intense battle sequence that occurs near the opening of the film. The movie debuts Friday in about 2,600 North American theaters.

Gugu Mbatha-Raw, Keri Russell and Mahershala Ali also star with Gary Ross directing from his own screenplay, based on a story he wrote with Leonard Hartman.

Producers are Scott Stuber, Jon Kilik and Ross. McConaughey portrays a defiant Southern farmer, Newton Knight, and his armed rebellion against the Confederacy, in which he launched an uprising that led Jones County, Miss., to secede from the Confederacy, creating the Free State of Jones.