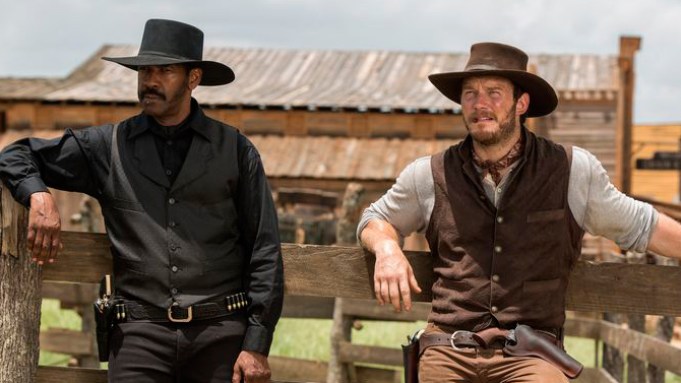 The titular outlaws are out for revenge in the first trailer for Antoine Fuqua’s “The Magnificent Seven” remake, which arrived online on Wednesday.

“We’re decent people being driven from our homes, slaughtered in cold blood,” she tells Chisolm, who then assembles his band of honorable mustachioed gunslingers.

The remake of the iconic 1960 Western toplined by Yul Brynner and Steve McQueen (based on Akira Kurosawa’s 1954 film “Seven Samurai”) wowed audiences at CinemaCon last week. Fuqua told exhibitors that the film attracted him because “it’s about redemption and the pursuit of justice. … That resonated with all of us.”

The reboot is “really about seven men doing what they say they are going to do,” Pratt said.