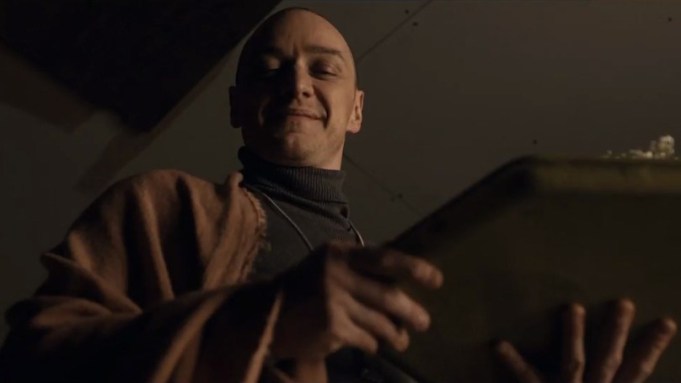 “The world will understand now — The Beast is real,” one of his 23 personalities asserts.

Buckley portrays the psychiatrist, who declares, “I’ve never seen a case like this before. Twenty-three people live in Kevin’s body.”

“Split” re-teams Shyamalan with Blum, who collaborated with him on last year’s “The Visit.”