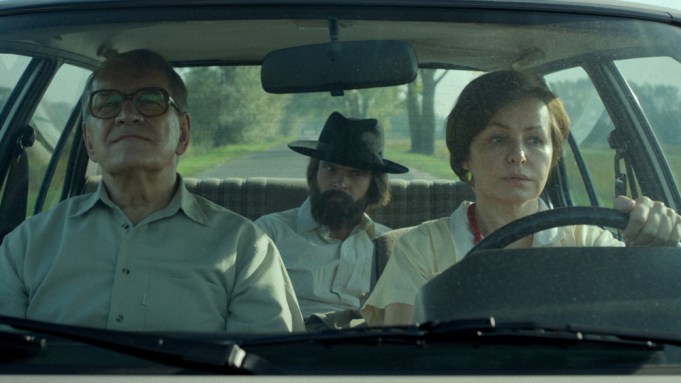 Variety has been given exclusive access to the trailer to “The Last Family,” which world premieres in competition at the Locarno Film Festival, and is being sold by New Europe Film Sales.

The film, which is based on the true story of the cult Polish painter Zdzisław Beksiński, is the debut feature from the director of the documentary “Deep Love,” Jan P. Matuszyński, and is produced by Aurum Film.

Beksiński is a gentle man with arachnophobia, yet indulges in hardcore sexual fantasies, and has a fondness for painting disturbing dystopian works. He is a family man who wants only the best for his loving wife Zofia, neurotic son Tomasz and the couple’s aging mothers. His daily painting to classical music eventually pays off and he makes a name for himself in contemporary art.

Good Catholic woman Zofia tries to hold the family together, but Tomasz proves to be a handful with his violent outbursts and suicidal threats. To their great relief, he starts dating women and becomes a radio presenter and movie translator, yet the parents must be on constant watch to prevent their son from hurting himself.