Continue to Variety SKIP AD
You will be redirected back to your article in seconds
Sep 8, 2016 4:55pm PT

Watch the First Trailer for Ben Affleck’s ‘Live By Night’ 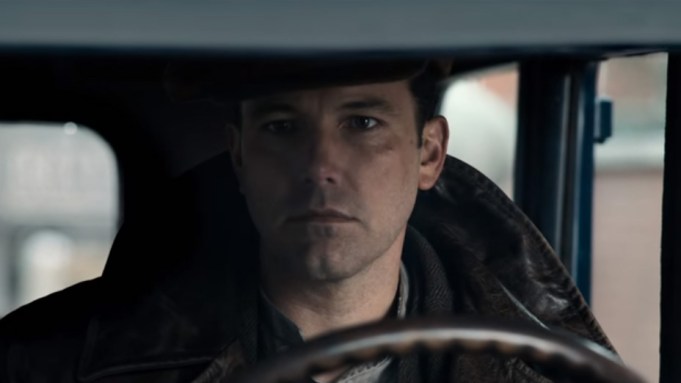 Ben Affleck’s “Live By Night” got its first trailer on Thursday, showing Affleck slipping deep into organized crime in an intense gangster tale.

“I don’t know if you’re cruel enough,” she answers, to which Affleck replies: “Powerful men don’t have to be cruel.”

Warner Bros.’ “Live By Night” is based on the book by Dennis Lehane. Set in the roaring ’20s, the thriller follows Joe Coughlin (Affleck), the son of the Boston police superintendent, who turns his back on his strict upbringing for the temptations of being an outlaw. But after he crosses a powerful mob boss, he’s propelled out of Boston and up the ladder of Tampa’s steamy rum-running underworld.