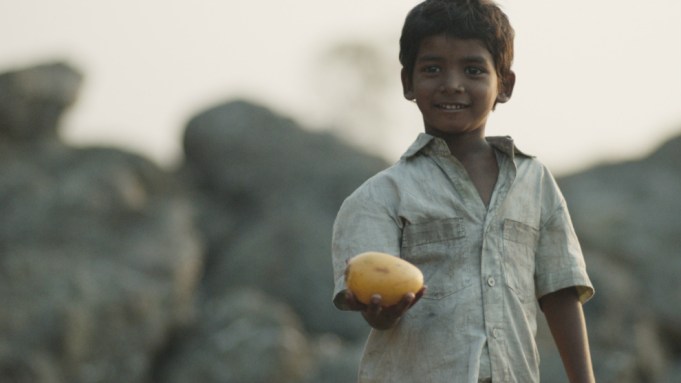 The producers of “Lion” will oversee a social impact campaign designed to help children in India.

See-Saw Films is partnering with The Weinstein Company (TWC) and The Charity Network to launch #LionHeart, which will provide financial support to the over 11 million children who live on the streets of India. As part of the effort, Dev Patel, the star of the upcoming drama, is appearing in a video that discusses some of the issues in the country and to urge viewers to donate money. “Lion” recounts the story of Saroo Brierley, an Indian boy who got separated from his family and was later adopted by an Australian couple. As an adult, Brierley used Google Earth to find his biological family and reunite with them.

“Unfortunately, stories like Saroo’s are all too common. Over 80,000 children go missing each year and there are over 11 million children living on the streets in India alone,” Patel said in a statement. “There are organizations on the ground doing amazing work to help kids like Saroo. And the best way we can help is by giving them the financial support they so desperately need.”

The partners say that more than 80,000 children in India go missing every year. The non-profit organizations that #LionHeart will support include Magic Bus, which educates at risk children and provides them with life-skills necessary to move out of poverty, as well as Railway Children, a charity that works with kids living on the streets and railways stations in order to prevent them from being exploited or abused.

In an interview with Variety, TWC chief Harvey Weinstein said “How could we ignore those kids? We’ve got to do the right thing.” He added, “Sometimes a movie can transform a situation. Hopefully this one will.”

“Lion” producers and See-Saw’s joint managing directors Iain Canning and Emile Sherman said, “We are extremely proud to have brought Saroo’s story to life for audiences around the world. However, we don’t want the journey to end there. We are passionate about harnessing the power of this film to bring about real impact in the lives of those Indian children who, like young Saroo, need assistance.”

WATCH: The cast & crew of ‘Lion’ at Variety’s Screening Series