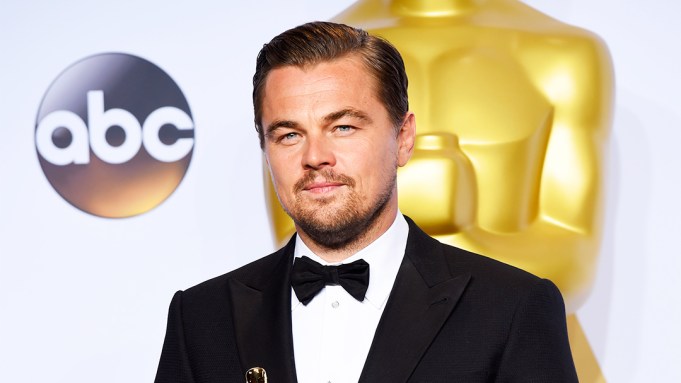 Backstage, after his win, Leonardo DiCaprio struggled to keep a straight face when asked about winning his first Oscar.

“What about the first Oscar for you?” a reporter asks.

“I’m sorry, what was your question?” DiCaprio wonders.

The journalist repeats the inquiry, word for word. “What about it?” he asks again, confused by the question.

“For your Oscar,” she insists.

“Yeah, it feels amazing,” DiCaprio says as the room erupts in laughter.

“It’s a first, what about that?” she presses.

“Yeah, it is the first,” the actor says, giggling beside “The Revenant” director Alejandro G. Iñárritu. “Like I said, I’m just incredibly grateful. Thank you.”

After five acting nominations, DiCaprio won the best actor Oscar Sunday for his performance in “The Revenant.”

“Thank you to [Alejandro G. Inarritu] and Chivo [cinematographer Emmanuel Lubezki] for creating a transcendent cinematic experience,” DiCaprio said during his acceptance speech, which later touched on climate change. “Let us not take this planet for granted. I do not take this night for granted.”