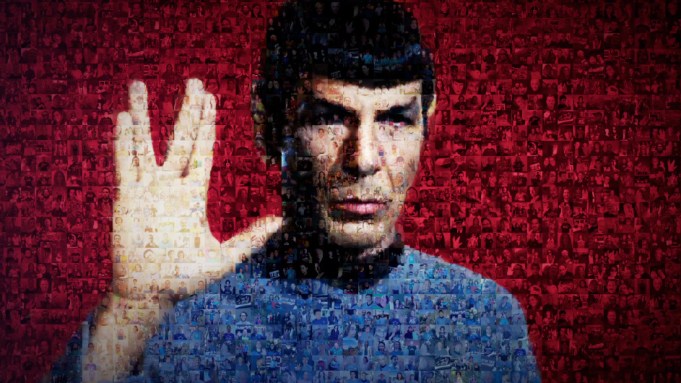 For Adam Nimoy, the documentary “For the Love of Spock” gave him an opportunity to connect with father Leonard Nimoy in the closing months of his life.

“The minute I suggested it to dad, he was in,” Nimoy recalls in an exclusive clip. “That led me on a journey of self discovery about my relationship with my father.”

The clip includes multiple photos of the two in costume and in real life. The son bears more than a passing resemblance to his father, both physically and vocally.

The film will be released nationwide and on VOD by Gravitas Ventures on Sept. 9 — one day after the official 50th anniversary of the first network broadcast of “Star Trek” — and examines the phenomenon of the character Spock and the man behind the character.

Adam Nimoy began working on the film with his father in late 2014 before he passed away on Feb. 27, 2015. The doc premiered in April at the Tribeca film Festival.

Adam Nimoy raised $662,640 last year through a Kickstarter campaign to complete the documentary.

The project initially focused solely on the creation and evolution of Mr. Spock and the impact of Spock on “Star Trek” fans, as well as on popular culture, but after his father’s death, Adam decided to broaden the focus of the film to include his dad’s life and legacy. It also shares his personal experience of the ups and downs of being the son of a celebrity, which includes periods of estrangement as well as the events that finally brought them back together.

Adam Nimoy broke into show business as an attorney in entertainment law specializing in music publishing. He was a business affairs executive for EMI America Records and Enigma Records before becoming a TV director. He has gone on to direct episodes of “NYPD Blue,” “The Practice,” “Ally McBeal,” and “Gilmore Girls.”

He also wrote an autobiography, “My Incredibly Wonderful, Miserable Life,” published by Simon and Schuster in 2008.