Alexander Skarsgard Returns to the Jungle in ‘Legend of Tarzan’ Trailer 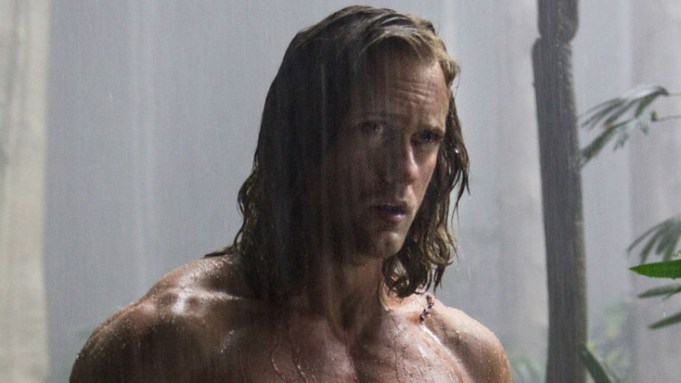 Warner Bros.’ new trailer for “The Legend of Tarzan” lays out the origins of the iconic character, starting with the death of his father and glimpses of the feral child being raised by apes in the jungle.

The story then shifts to Alexander Skarsgård’s Tarzan leading a gentrified life and being forced to return to the Congo, with his wife (Margot Robbie) at his side, to serve as a trade emissary for England’s parliament — both unaware that he’s the pawn of a scheme to exploit the Congo.

“You are Tarzan,” he’s told in a voiceover. “You may not like who you are. You may have enemies, but you need to go home.”

The trailer includes plenty of scenes of a muscular Skarsgard swinging on jungle vines with apes, Robbie’s Jane being held captive and a stunning scene of a herd of buffalos charging through a colonial palace.

“The Legend of Tarzan” opens July 1. David Yates, who helmed the last four “Harry Potter” films, directs from a script by Adam Cozad and Craig Brewer.