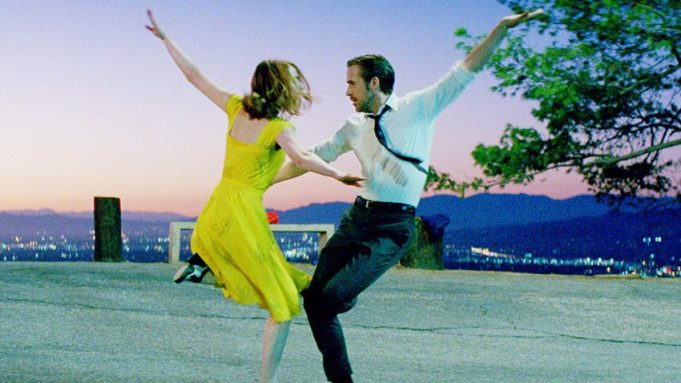 Ryan Gosling and Emma Stone are falling in crazy, stupid love all over again in the first trailer for “La La Land.”

In the film, from director Damien Chazelle, Stone plays Mia, an aspiring actress who serves coffee while she waits for her big break. Gosling is a jazz musician who scrapes by playing in dark and dingy bars. They try to make their relationship work while facing the pressures of making it big in Hollywood.

Gosling whistles, then sings in the film’s first trailer:

“City of stars, are you shining just for me? City of stars, there’s so much I can’t see,” he sings. “Is this the start of something wonderful, or one more dream that I cannot make true?”

The trailer does not contain any dialogue, but shows snapshots of Stone and Gosling dancing, walking, taking auditions and looking longingly into each other’s eyes. The montage ends, as any good one does, with a kiss.

The original song that Gosling performs in the trailer, “City of Stars,” is available on iTunes.